A Rags to Riches Story 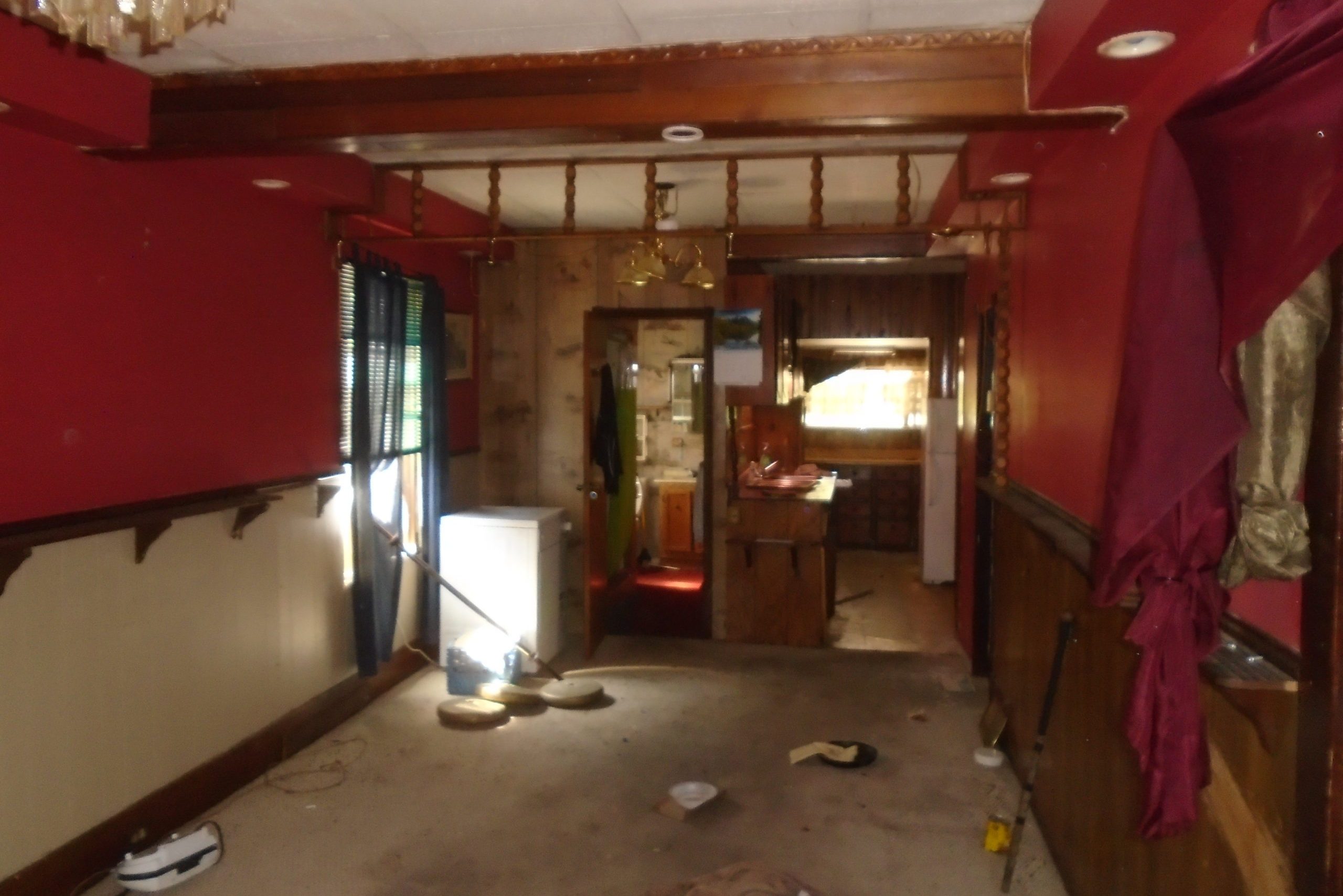 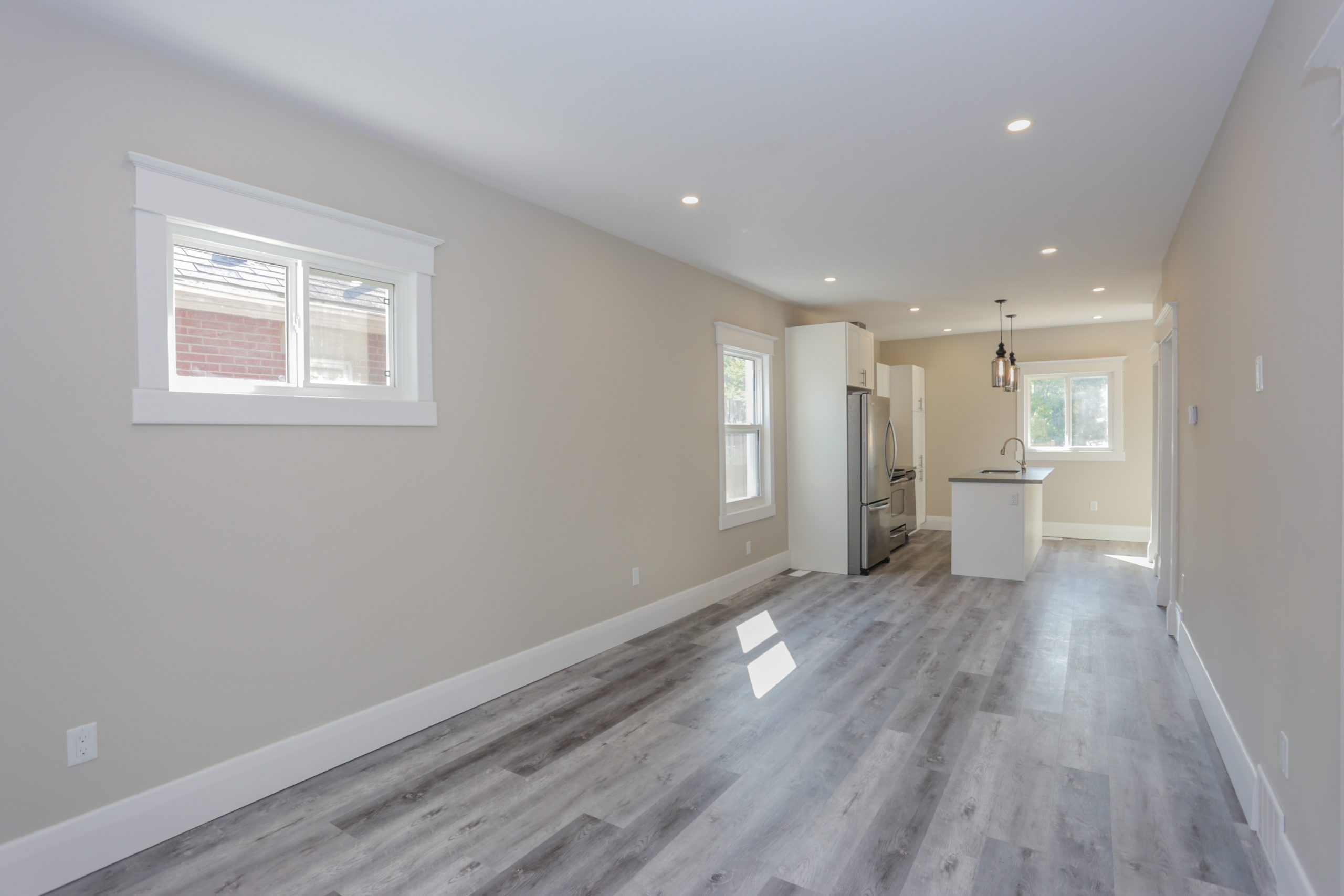 The homeowner left this property to his daughter as part of the estate when he passed away. Her father lost his wife 4 years prior to his own passing and during that time, he struggled terribly. He often rented out the home to others for partying and did not take care of the property or himself. The daughter was unable to sell it due to its condition. It was uninhabitable and banks would not finance a mortgage for new buyers. It was so bad that MJS Properties was initially unable to even enter the home due to hazardous waste which required inspectors to wear hazmat suits. Outside the yard was an absolute of a mess with garbage, broken sheds and even an old RV parked out back. Inside was contaminated with animals, nests, and feces. The furnace was emitting CO2 and there was no insulation.

Prior to selling, the daughter had cleaned out 8 bins of garbage. Matt cleaned out another 10 bins himself. There was evidence of many DIY renos over the 50+ years but none of them were close to being up to code. The ceiling at the back of the property was drooping due to a poorly constructed addition. When trying to remove a façade from the back porch, the entire back of house fell off. Stairs had been added on to existing stairs making it almost impossible to walk down to the basement. The home was full of asbestos and vesiculate. There was no running water. The multiple layers of shingles and rotten barn board were leaking. The entire home had to be gutted. This project was way beyond most home buyers’ skill sets to do the work required within any regular budget.

Due to the poor condition of the house, structural posts were installed to hold up the floor while MJS Properties worked on the project.  The entire house was pressure washed. Pungent odours and dangerous substances were removed. The house was rewired, new plumbing installed, new insulation added, and stairs replaced.

There were so many layers on the interior walls that after removing all the drywall, plaster, and paneling, an additional 12” of living space was gained.  The layout of the house was completely changed including moving the location of the bathroom to create a more modern, open concept and more functional living space.

Outside, after completely cleaning up and levelling the yard, a brand-new deck was built on the back. New soffit, fascia, and trough were installed. The roof was rebuilt, and the driveway redone. No stone was left unturned. The house was barely recognizable upon its completion.

As MJS Properties wrapped up the project, neighbours thanked us and begged us not to rent. We made the house better but made the community better too with improved property values now that the eyesore had been removed. The new owners are so happy. The home is essentially brand new having been rebuilt from scratch. They can live worry free knowing its transformation has been done properly. They can’t stop raving about it. MJS Properties is always proud to take the extra steps and make the extra effort.

”MJS Properties has a reputation for craftsmanship; not taking shortcuts to make a quick flip. It’s not just about the money, it is about the community too.

Unable To Finance Through Bank

Entire Home Needed To Be Gutted and Transformed

Passionate about helping others get the fresh start they desire by offering choices.