Off Market Wholesale Buy of a Distressed Home 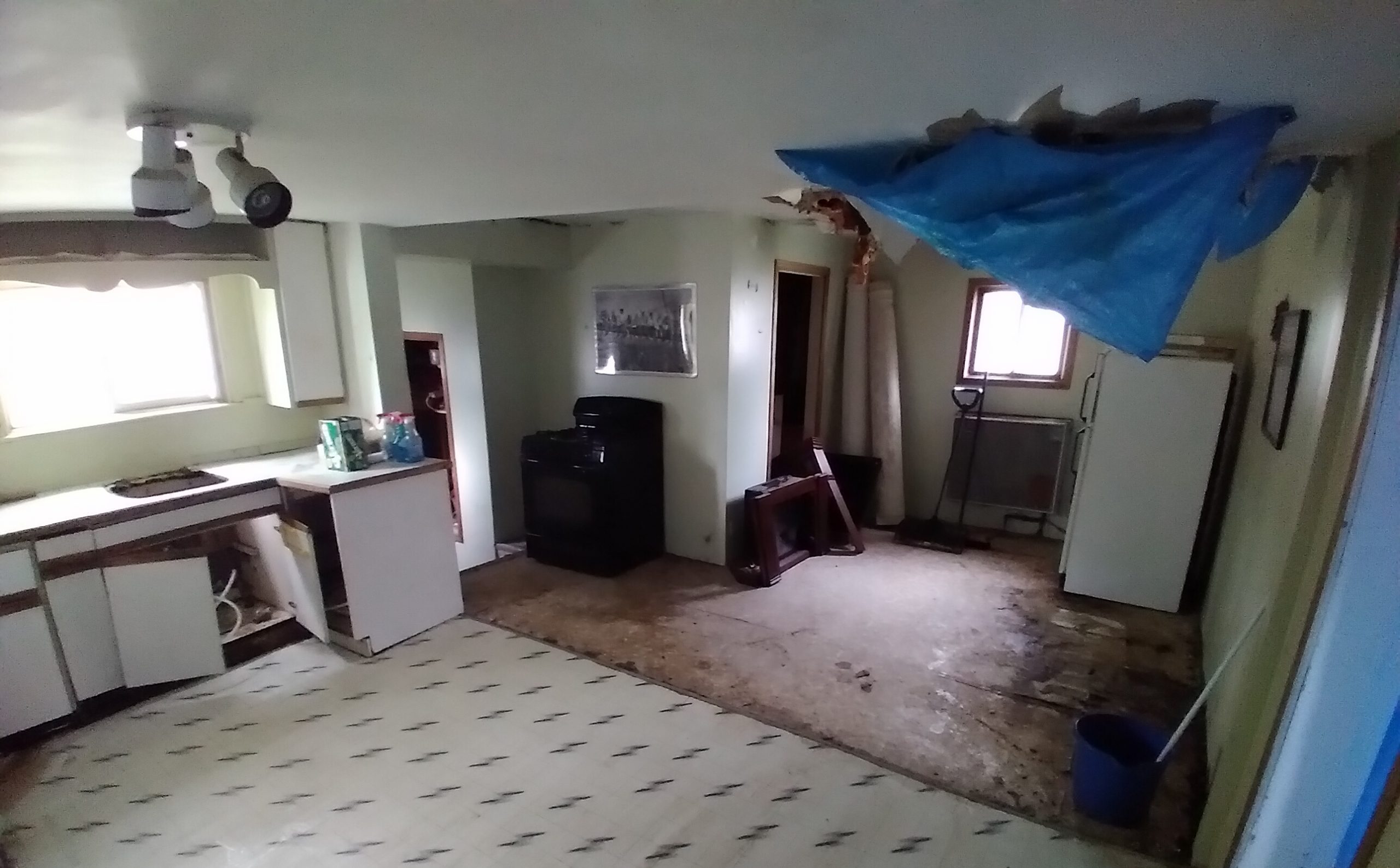 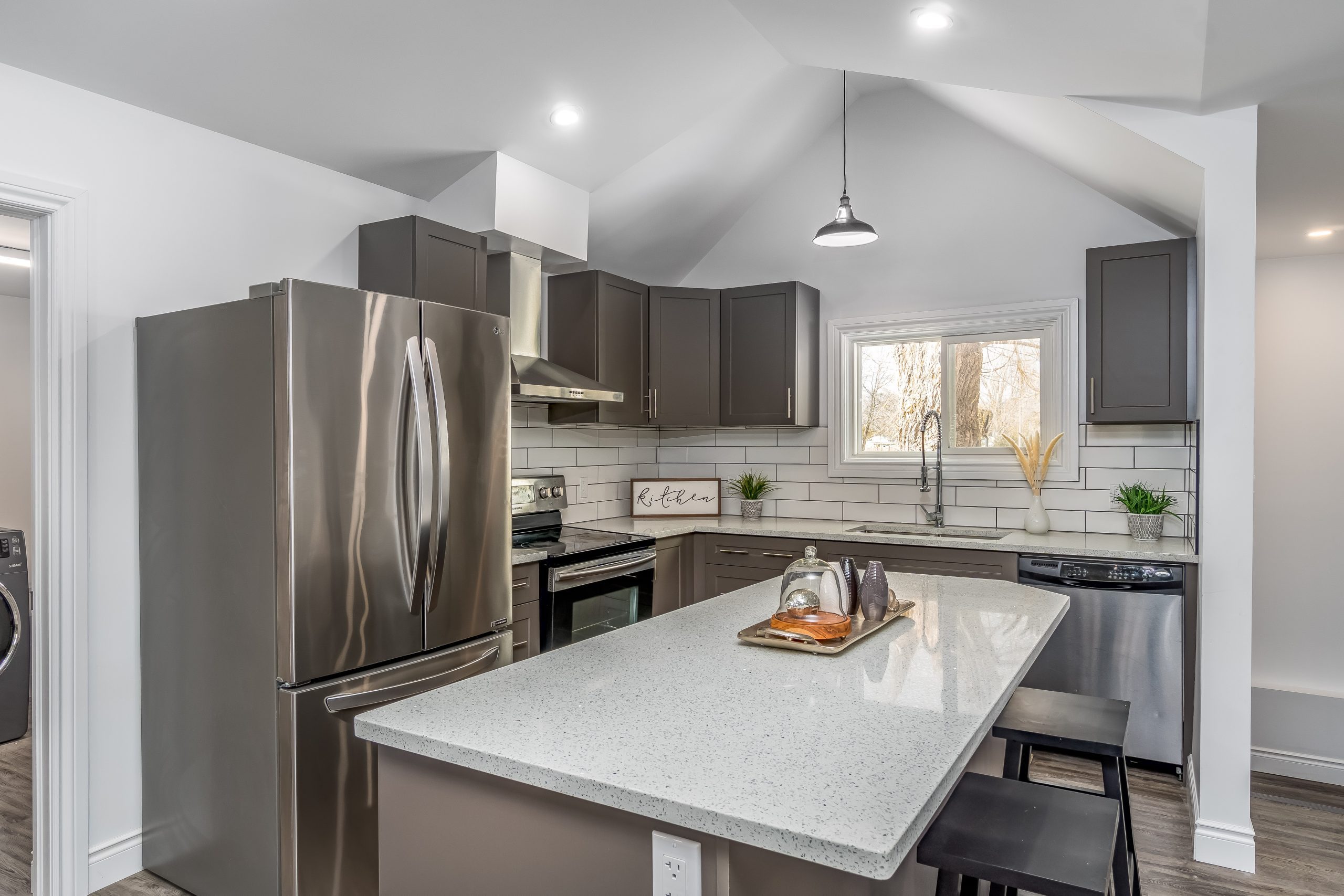 This was an off market wholesale buy. A wholesaler typically buys a house not fit for the traditional real estate market on contract. Then they contact potential buyers to sell to on behalf of the property owner without fixing it up themselves in exchange for a portion of the purchase price. Some refer to these types of sales as pocket listings.

The homeowner who initially sold the property to the wholesaler wanted to move back to the United States unable to prepare the home for sale the traditional way. He was a war veteran who suffered from PTSD. His many challenges prevented him from taking care of his home, which he neglected for many years. It was virtually unlivable.

It is too bad we didn’t meet the homeowner first. Eliminating the wholesaler’s fee from this off market listing would have meant more money in his pocket.

There was nothing left of the roof. It was actually raining inside the house. Multiple leaks left the inside completely saturated.

Ceilings had fallen, mould was everywhere, and the floor was rotten. The house had actually shifted over 4 inches on its foundation. The smell was unbearable.

This off market wholesale buy didn’t even have a furnace.

There was only one bathroom in this distressed property. Waterlines had frozen and no longer operational. Electrical was noncompliant.

The crawl space, not insulated, was a complete waste of square footage. What small rooms did exist had extremely short ceilings and doorways unfit for adults.

Outside, everything had overgrown. It was an eyesore in the community, breaking several bylaws.

There was no way someone could live in the home the way it was in its current condition.

Before purchasing the property, we completed our due diligence. It was clear this project needed extensive restoration but we have the experience and expertise. MJS Properties is more than just a real estate investor.

We jacked up the house and repositioned properly to fix the structure of the home. Gutting the entire house helped remove mould and odours. A new furnace with air conditioning replaced an old makeshift wood stove.

We changed the layout of the first floor, adding a powder room and main floor master bedroom with ensuite. The redesigned layout created larger rooms and a more open concept.

Moving the stairs added height to the second floor which permitted full height ceilings and doorways. We transformed unused space in the former attic into another full bathroom upstairs.

Outside, we cleaned the exterior siding, put on a new roof, installed new windows, and repaired the eavestrough, soffit, and fascia. We cleared out and tore down a dilapidated shed where we found a wealth of treasures.

MJS Properties donated the proceeds from the sale of items found to VETS Canada in honour of the former homeowner.

We were proud to make this house into a home again. An original resident who once called this his childhood home was so grateful to see it get a fresh start instead of being torn down. During a tour of the completed house, it brought him to tears, excited about its next chapter.

Neighbours were in awe of the home’s transformation.

Many stopped by to share stories of the home and couldn’t believe the changes. There is definitely a sense of pride in the small town rich with history. The community seemed thrilled with the transformation and look forward to seeing its next chapter unfold too.

We are about more than real estate investing and finding great deals. MJS Properties cares about the homeowners we help and the communities we change.

We couldn’t be more pleased to be part of its story.

”It was so wonderful to know my childhood home would be restored instead of being torn down. Everyone thought it was a lost cause before Matt came to town. It’s unbelievable.

No furnace, running water, or electrical

Passionate about helping others get the fresh start they desire by offering free advice and choices.